The following condition was imposed:

"Notwithstanding the provisions of the Town and Country Planning (General Permitted Development) (England) Order 2015 (or any Order revoking and re-enacting that Order with or without modification) no development in Classes A, B, C, D or E of Part 1 of Schedule 2 to that Order shall be carried out on the site without the prior written consent of the Local Planning Authority."

The main issue in this case is whether the condition was necessary and reasonable having regard to the aims of development plan and national policy to prevent harm to the Green Belt.

The Framework states that planning conditions should only be imposed where they are necessary to make the development acceptable in planning terms; directly relevant to the development to be permitted, enforceable, precise and reasonable in all other respects.

Each of these permitted development rights is subject to further restrictions in respect of dwellinghouses on article 2(3) land (Conservation Areas, National Parks and AONBs). However, the Green Belt does not fall within such land, which is listed at Part 1, Schedule 1 of the Order. Consequently, the same permitted development rights apply to dwellings within the Green Belt and to those not within it. It follows from this that the Government’s fundamental aim in the Framework, to prevent urban sprawl by keeping land permanently open, does not extend to preventing permitted development within a domestic curtilage.

The Framework at paragraph 200 confirms that planning conditions should not be used to restrict national permitted development rights unless there is clear justification for doing so. The Government’s PPG3 advises that conditions restricting the future use of permitted development rights ‘will rarely pass the test of necessity and should only be used in exceptional circumstances’.

The barn is currently in use for domestic storage and the Council feared that with the loss of this, the occupants of the two dwellings are likely to seek to use their permitted development rights to erect further storage buildings within the curtilage of the houses. However, the condition is wider in its scope than to prevent just the erection of such buildings; the PPG states that where this is so the condition would fail the test of necessity. In any event, while the need for additional storage may arise from the conversion of the barn, this is not the only reason why such additional buildings may be required. Further, prior to the grant of the planning permission subject to this appeal there was nothing to prevent the erection of such additional buildings. In such cases, the PPG also confirms, in respect of the test as to whether a condition is relevant to the development permitted that ‘a condition cannot be imposed in order to remedy a pre-existing problem or issue not created by the proposed development.’

Other than that the appeal site lies within the Green Belt, the Inspector stated that the Council had brought little convincing evidence to show why the usual permitted development rights for the two dwellings should be removed in this case. It was not clear that the effect on the Green Belt of the permitted development rights accruing to the two dwellings would be so altered by the approved extension into the existing barn as to justify their removal. Exceptional circumstances to show the necessity for applying such a restriction have not been demonstrated. 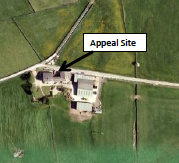