During 2015 the client sought planning permission for a detached double garage.  The garage was refused planning consent on the grounds of it being inappropriate development in the Green Belt and the design being harmful to the character and appearance of the Conservation Area and the setting of the adjacent Listed Buildings.

After careful deliberation the appellant chose not to appeal against the planning refusal, but instead attempted to negotiate with the Council to secure a scheme that they would be happy with as is recommended by the Government as being best practice. Unfortunately, Officers of the Council did not consider a detached garage to overcome the Green Belt objections to the proposal.

The only option available to the appellant was to consider what could be carried out on the land as permitted by the Town and Country Planning (General Permitted Development) (England) Order 2015.  It was evident that quite a large detached garage could be erected on the site without requiring planning permission as it would fall under Class E of the Order.  Accordingly, the appellant submitted a Certificate of Lawfulness of Proposed Use or Development for a detached garage.   This application was subsequently refused for the following reason:

"The proposed outbuilding would be would be situated on land forward of a wall forming the principal elevation of the original dwellinghouse. As such it is not permitted development as described by Schedule 2, Part 1, Class E of the Town and Country Planning (General Permitted Development) (England) Order 2015."

Hillside is the middle house in a row of three houses on Nicker Brow, which is a surfaced public road leading to the houses from Sugar Lane, and which becomes a public footpath beyond them.  Hillside has been added to by the construction of a single-storey extension next to Nicker Brow. There is a pedestrian access from Nicker Brow to an external door to the house in the extension. The house’s nameplate and its letterbox are here and household’s bins are in the road here.The extension was built after the Council had granted planning permission for it in 2009. The approved plans describe the extension as being an addition to the front elevation of the house and the Council’s application report at the time refers to it as an extension to the front of the house.

On its opposite aspect, Hillside has a more imposing elevation with a central entrance door. This elevation adjoins a raised terrace area, which is used as the house’s main outside amenity area. The house also has a garden area at a lower level on the opposite side of the partially-grassed access track. The track continues onwards to serve the house at the other end of the row. Steps give pedestrian access from the track to the terrace and the central entrance door, but there is no vehicular access or parking facility next to this elevation of the house. The garage would be built in the lower garden area, at the furthest point from Hillside and next to the open area of land described above.

The term “principal elevation” is not defined in the Order, but the Government publication Permitted development rights for householders: Technical Guidance contains advice about what the term is understood to mean. This is as follows:-

Applying this advice to Hillside, it appeared to the Planning Inspector that there are two elevations that may have the character of a principal elevation and a view needed to be taken as to which of these forms the principal elevation. There is only one highway - Nicker Brow - that serves the house, so the postcode is not a relevant consideration, but the house is close to and directly fronts this road. Both elevations in question have architectural features and entrance doors, but members of the public visiting the house must do so by way of Nicker Brow and would in the Inspector's  opinion see the elevation facing the road as being the front of the house. For it to be otherwise, would be to maintain that the front of the house was to be found by leaving the surfaced public highway and making one’s way round the row of houses to the opposite side via an unmade private access way: this does not seem to me to be a plausible proposition.

These are photographs of the two elevations with the Nicker Brow elevation indicated as being the principal elevation. Elevation to the rear - NOT the Principal Elevation

The appeal decision raises a number of interesting points:

1.  Before lodging an appeal enter into discussions with the Council to ascertain whether the scheme can be amended or whether a similar scheme could be built under permitted development;

2.  Challenge the Council's interpretation of legislation and seek confirmation through a Certificate of Lawfulness;

3.  Don't be afraid to appeal if you feel you have a good case.

Photograph of completed garage (below) 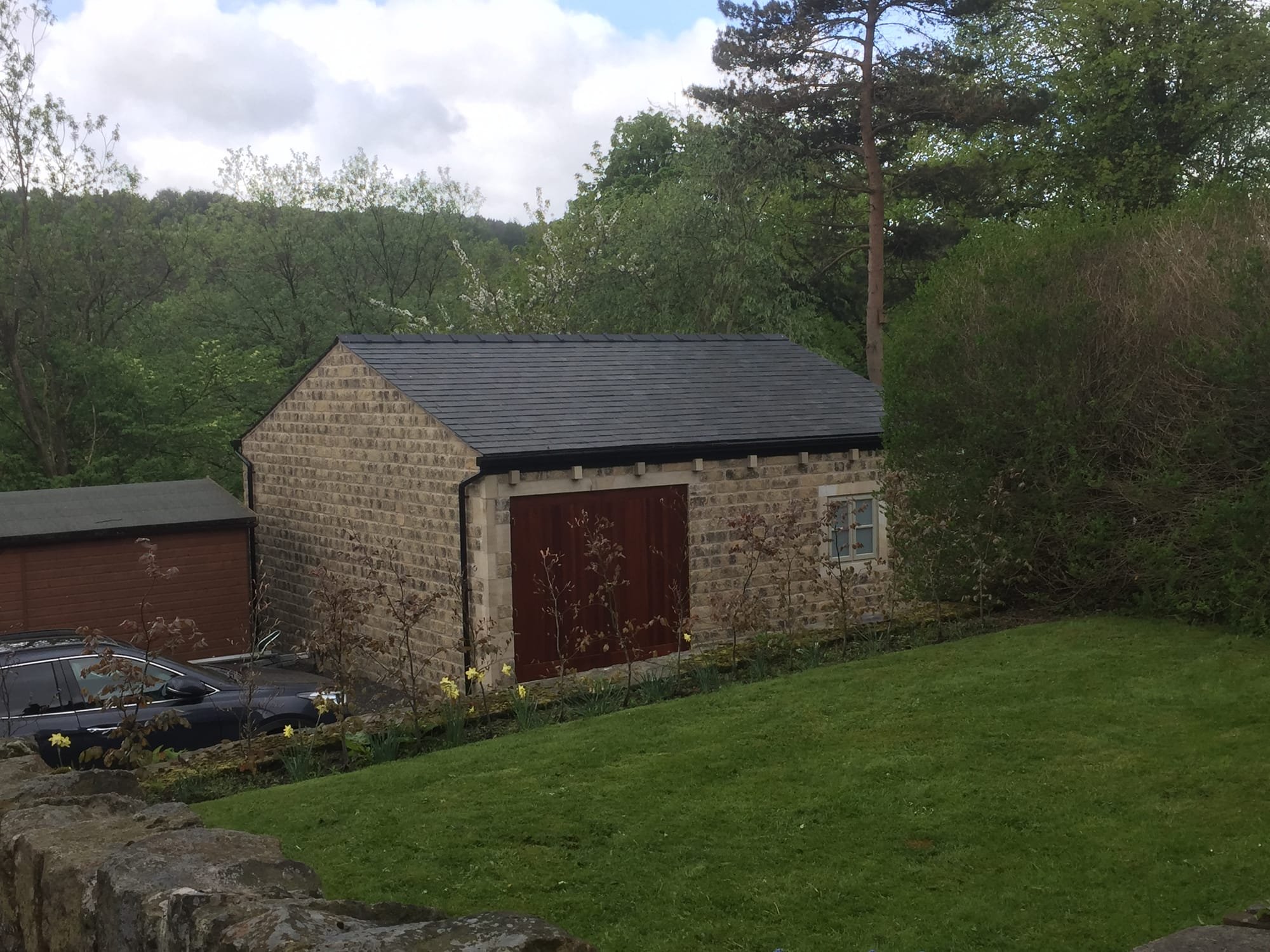